Emily started dancing at 5 years old.  As her love of ballet grew, she began training at Berks Ballet Theatre in Reading, PA, a pre-professional ballet company.  Emily performed yearly roles in The Nutcracker with BBT and the Reading Symphony Orchestra, and has performed roles in Sleeping Beauty, Swan Lake, The Farmer’s Daughter, Coppelia, and Cinderella.  She attended and performed in Regional Dance America festivals including a national festival in Houston, Texas.  Emily spent 2 summers training at Burklyn Ballet Theatre at Johnson College in Vermont.  She has had the privilege to study under Carol Ennis, Cherie Noble, Thomas Hanner, David Howard, Chen Yu Tsuei and Angela Whitehill.  Through college, Emily continued to take dance classes at Eastern University where she earned a Bachelor of Science in Business Management. Emily’s “day job” is running the business side of a family business, Grose Funeral Home.  Emily is a member of Zion United Methodist Church.  Emily resides in Myerstown with her sons, Avery and Arden, and daughter, Myla.

Maddie began dancing when she was two years old taking ballet and tap and over the years, picked up jazz, tap, and pointe. She has always favored ballet and jazz! She began dancing with Judy Williams Henry & has been with Generation Dance since the studio’s grand opening! Maddie is from Lebanon, Pennsylvania and is the oldest of four siblings. She graduated from Generation Dance in 2016 but has remained a part of the studio. Aside from dance, Maddie loves to sing and write music on her guitar and piano! She is currently in school for physical therapy. Maddie is so honored to be able to share her passion and love for dance with her students!

Jennifer has been dancing since childhood. Under the tutelage of her beloved mom, Gail Reese, Jennifer inherited the trait of complete enthusiasm for all things dance. She trained under the instruction of several professionals, including many who continue to teach at Broadway Dance Center in New York City. Some strong influences were Frank Hatchett, Savion Glover, Germaine Goodson, and Judy Bassing. Jennifer went on to dance professionally at Hersheypark, for Bob McGrath and Sesame Street, on Club MTV, at Carnegie Hall (NYC), and as a Philadelphia Eagles Cheerleader. She first ventured into choreographer mode when she filled her mother’s shoes at ELCO High School as she composed their material for show choir and musicals. Realizing this newfound ability, she was fortunate to have had strong support as she entered back into the intense dance classroom environment as a main role in the production of another seasoned and accomplished studio. Realizing the desire to have her own studio, Jennifer took the plunge in hopes that those who shared the love of dance, would join. Now, seven years later with over 200 students, her dreams have been fulfilled. Her goal is to provide an environment where students can learn, have fun, and build self-esteem and confidence, not only in the dance classroom, but in life. Jennifer is blessed to share a tremendous life with her High School sweetheart, Sean, while adoring their four beautiful daughters. 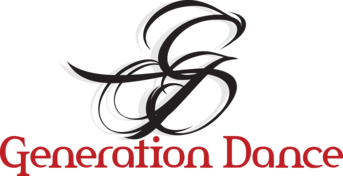 Ashley has been teaching ballet & pointe with Generation Dance since 2013.  Ashley started dancing when she was 6 years old at Miss Judy’s School of Dance in Lewistown, PA. Although she took various different types of dance throughout her childhood and into college, her true passion has always been with the art of ballet. Throughout high school, Ashley took on the role as a student teacher at her studio and also took part in her high school cheerleading and competition squads. During college, Ashley taught various dance classes at the home studio where she grew up. Outside of teaching dance, Ashley works at home raising her children and actively volunteers at her church. She is married to her high school sweetheart, Ryan, and has three wonderful children, Connor, Maggie, and Lillian.​

Sarah lives in Myerstown with her husband, Robert and four children; Bryce, Brianna, Brantley and Jaycee.  She is a registered Radiologic Technologist, but currently stays home with her children.  Sarah took tap and ballet classes as a child.  In high school, Sarah was a cheerleader for ELCO high school and continued to study tap and ballet.  Her dancing highlight was getting on pointe. Sarah's love of dance was reignited when her then 3 year old daughter started dancing at Generation Dance.  Her passion for dance continues!  She is thrilled and honored to be teaching Generation Dance's youngest dancers.